We met through a Japanese foreign exchange student in college. He proceeded to try to hook us up, but it didn’t work until he left the country. Go figure! Then Kurt asked Beth out and she freaked. Three months later (it was a long time), she finally said yes. After a lot of persistence and prayer he won her heart and we married in the winter of 1998.

We both went on to become teachers. During these years Kurt developed a love for film and developed a video production and editing program at his school where he teaches film classes and English. In addition, he grew a business as a freelance videographer.

Beth taught Spanish for a while and then founded her own portraiture studio for a number of years. She set both aside to be home with our five lovely girls.

Together we love building into other relationships and have enjoyed leading marriage conferences and counseling other couples.

Eventually we realized that our artistic eyes and our heart for relationships would work quite well together and we formed For Real Wedding Films. We have a blast being together, pointing out cool angles to each other, and helping to crystalize the beginning of the most important decision of a couple’s life. 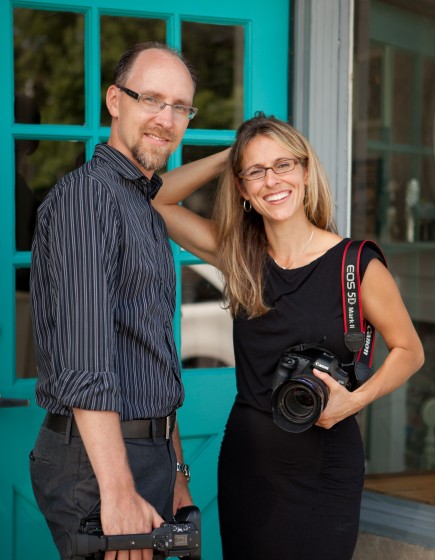